Alexander The Great led his Armies from the front, being wounded multiple times and throwing himself headlong into the melee and overwhelming odds. Even though it wasn’t the “Roman Way” to challenge opposing generals, the men who commanded Rome’s Legions usually shared the hardships with their men, and on occasion, found themselves also embroiled in the physical test of combat. Bushido and Chivalry had set standards of conduct for samurai and knights that put a high value on heroism, courage under fire and standing steadfast against one’s enemies. Up until recent times, Officers from lowly lieutenants up to field marshals would campaign with their soldiers, share privations and lead their battalions and divisions into combat, withering the blistering fire of the enemy’s rifle and machine gun barrels. As wars are fought on a smaller scale, the size of formations and the status of leaders in charge of those formations becomes critical for effective front line leadership.

This is, of course, an idealized version of military leadership. Basic soldier tasks and soldiering itself, are expected to be done by the rank and file of any Army, but the officers need to have their finger on the pulse of the men in order to make the best decisions. Great leaders knew when they had to rally the troops and charge the enemy’s line, when they had to set the pace on a grueling forced march, or when they had to show the example of how to set up camp and construct fortifications. Ideally, leaders establish this trust with their Soldiers in training environments so they can focus on issuing orders and taking care of administrative and logistical tasks.

Great leaders also understand the importance of focusing on the tasks of generalship and the administrative and logistical duties that come with campaigning an army. Napoleon would burn the midnight oil, forming and setting his plans and orders. George Washington had a tent that he set his headquarters up in during campaigns, and many generals operated comfortably, but still effectively far behind the front lines of WWI and WWII. Soldiers may grumble about the high life leaders enjoy, but they also understand that the same general who led the troops in a daring charge yesterday, must also ensure that rations and medical care are accounted for. Without “operating from the front” though, leaders will struggle to understand the needs of an army and a situation. If Field Marshall Paulus had shared his troops living quarters, conditions and tasted of the fierce combat of Stalingrad, would he have listened to Hitler’s ridiculous orders?

As discussed in a previous article, formations can dictate how an army is led and how an army is organized. There was no need for Alexander to sling stones with his peltasts, just like there was no need for General Haig to advance across no man’s land with the light infantry in the first wave. However, there was a need for Alexander to lead his Cavalry units in a devastating charge to turn the tide of warfare; and if Mao Tse Tung had taken the short flight instead of the Long March, would he have become the de facto leader of both the communist party and the Red Army, uniting a guerilla force and eventually taking over China? Leaders need to be where the fight and the opportunity is, whether it’s an opportunity to fuel their men up with fresh chow, or to rout an enemy. 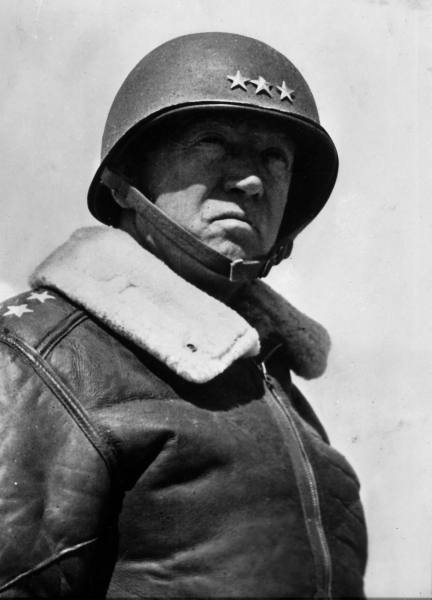 This is extremely difficult in smaller, non-conventional wars. There isn’t much of a need for a General Patton at the head of an armored column outside of an initial push to Baghdad. Vietnam and the War on Terror were fought at the platoon and squad level, strategized at the company and battalion level. There was no need for General Petraeus to lead squad and platoon clearing operations in Afghanistan, or to breach and clear a room in Iraq. However, there is also no need for the palatial green zone in Baghdad or the cushy living at Kandahar Airfield.

The “fighting” leaders of the past few wars have mostly been Non-Commissioned Officers, Lieutenants and Captains. The casualties reflect this fact. It is now more important for the higher up officers to understand what is going on with their troops and provide for their welfare and logistics. Battalion Commanders, Brigade Commanders and Generals have a need to listen to their troops and implement policies and strategies that empower lower leaders. This also means that lower level leaders need to understand doctrine, implement complex warfighting tasks and navigate complex cultural and political issues. As the war is fought a lower level, lower level leaders are actually elevated  in importance.

I don’t think this is the end of the front line generals. There will always be a need for effective troop leadership in combat, but it has almost become a farce when officers who never once fired a weapon in combat feel as if the policy they wrote in Baghdad’s Green Zone, or the logistics they organized from the Pentagon “won the war”. Sure, it had a part, but never forget that there might come a day when Colonels and even Generals are carrying rifles to ensure their safety and ducking into foxholes with the nearest private. While rank has its privileges, we all bleed red, sir.

One thought on “Fighting Generals: The End of Frontline Leadership?”