This week I’m focusing on veterans and soldier life. I enjoy writing about this, and will probably write more extensively on soldier life and veterans issues in the future. I have lived experience as a Light Infantryman in combat, but have also been fascinated by war and history since I can remember. An earlier article touched on the importance of veterans day and the current state of combat veterans. Another post looked at connections between veterans from past and present, and the post from yesterday looked at the contrasts of military discipline and barracks life. One of the great things about having independence as a writer and content creator, is that I can write about issues I care deeply about and lived experiences without having to worry about an editor getting pissed off that I’m not sticking to the party line.

There’s a bunch of lame cliches out there like “I would’ve taken care of myself if I knew I would’ve lived this long!” Or “Live fast, and die young” and of course, the pre-eminent “YOLO”. These sayings all encapsulate someone who lived in the moment a little too much, and enjoyed hedonism or laziness to excess. One of the gifts the Army gave me was the ability to truly live in the moment, without compromising my future for a few minutes of satisfaction.

People who always stress about the future, worry about a few dishes in the sink, or fear the unknowns of tomorrow can’t enjoy a good time. In the same way, someone who is always half in the can because they start drinking at noon can’t enjoy the present because they are a slave to their urges and emotions. You have to find a happy balance. That means realizing the laundry in the dryer will still be there in 10 minutes and you can a little bit of time and read your daughter her favorite picture book when she asks, getting back on task 15 minutes, but making a quick memory for the night. I wasn’t always this way though, and I was fairly strict on myself and my peers when it came to being a taskmaster and getting specific things done. Weeks long patrols, and weary bones though, have a way of mellowing one out.

We used to walk or drive past this every once in a while during our “commutes to work”. Really gets the blood flowing

During my second deployment to Afghanistan, I was a Squad Leader and often supervised the Machine Gun Teams when we were on long patrols. Laying in a Machine Gun position is a long, labor intensive task. Not only does the M240B and M240L weigh significantly more than an M4, but they also have to be set up, fed with ammo, and have appropriate fields of fire. You have to haul the ammo, bring the tripods and spare barrels and make sure you’re set to fire at a moment’s notice. There’s a lot of small nuances that go into emplacing a Machine Gun, but when you see the final effect in combat, it’s well worth the effort.

For us, setting up a Machine Gun position usually meant an early wake up and a longer patrol route by 1 or 2 kilometers, up a hillside or mountain to secure the best fields of fire. By the time we were laid in position, we would set up security and wait for the rest of our patrol to move into position, or wait for the enemy. During one the longer patrols of my life, we had an attached mortar team that was led by a fairly senior Staff Sergeant with six deployments under his belt. He was a huge man, about 6’6″ and 270 pounds, great shape and menacing to look at, but a very nice guy.

We got the mortars and Machine Guns set up, laid in and ready for action. After confirming everything was good and the gun teams were getting their rest cycles, I felt a tap on my should and it was our friendly Staff Sergeant, who told me: “Hey Sergeant, you’ve been working hard. I’ll watch the boys for a couple minutes. Why don’t you take that helmet off, loosen up the plate carrier and have what I call a combat catnap?” Those three minutes of leaning against a rock mentally fortified me for the next 72 hours to come, and thinking about it a few years later I realized that is truly living in the moment.

We were prepared for whatever the future could throw at us, had taken care of all the tasks at hand and ready to continue improving our fighting positions, or to move out at a moment’s notice. But instead of fretting about the next ridgeline, I leaned against a boulder, loosened up the straps on my plate carrier, undid my helmet strap and rested the weight of my ruck against the earth as I watched the sun rise over the Afghan mountains. It was all I needed. My gunners were on the gun, the ammo bearers and assistant gunners were resting for a little while, and the mortar team was zeroed in on their target reference points. For a few minutes, all was right in the world.

Living in the moment wasn’t getting to our point, dropping rucks and taking it easy for an hour while we waited for the patrol to arrive. We took care of business first, making sure the Machine Guns and security were emplaced correctly, our fields of fire were good and our Soldiers had a chance to rest. But there is always more to do; we could’ve busted out entrenching tools, digital overlays and went to work on even more tasks with high levels of diminishing returns. With the position secured, the guns ready to feast and the boys rested, all was right in the world. 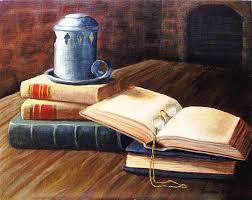