Armies are built on small units that work together as a whole. Depending on how well these smaller teams coalesce into a bigger unit, is one of the main factors that will contribute to battlefield victories and sustained success. These units are bought together through discipline and individual bonding between soldiers. Throwing a group of teenagers together and chucking them out into the field or combat though, is not what builds unit cohesion; it’s something called “barracks life” and the organic development of brotherhood between soldiers in the same unit. In the past, when military discipline was strict and regimented and barracks life a reliable part of soldiering, PTSD was much less prevalent.

War is always going to be taxing and shocking. There’s plenty of quotes about the horror of war, likewise, there are plenty of quotes about the thrill of combat and the exhilaration of being victorious on the battlefield. These are common themes throughout war; even if you never meet in active combat, training, field marches and drills will tax the body and spirit at a level rarely seen in the civilian world. The common outlet among soldiers is usually griping with their peers about daily tasks they know have to get done, finding a few minutes here and there to relax, and after the duty day, getting a few buddies together and maybe ordering a pizza, watching a movie or just talking about life outside of the Army.

Military Discipline provides a common framework for Soldiers to operate in. Regardless of the circumstances they found themselves in, a Soldier could generally expect the same early morning wake-up, enforced standards from Non-Commissioned Officers and a daily schedule centered around training or combat operations. Peasant soldiers, Vietnam-era draftees, and Mongolian Horsemen all knew Soldiering revolved around contributing their own individual effort to make sure the unit would succeed. It was a strict life, with little room for error, but daily tasks like weapons maintenance, improving their fortifications and marching until the end of the day (or, if in garrison, doing physical training and working until the end of the day) provided structure and stability against the chaos and fog of war that combat provided. 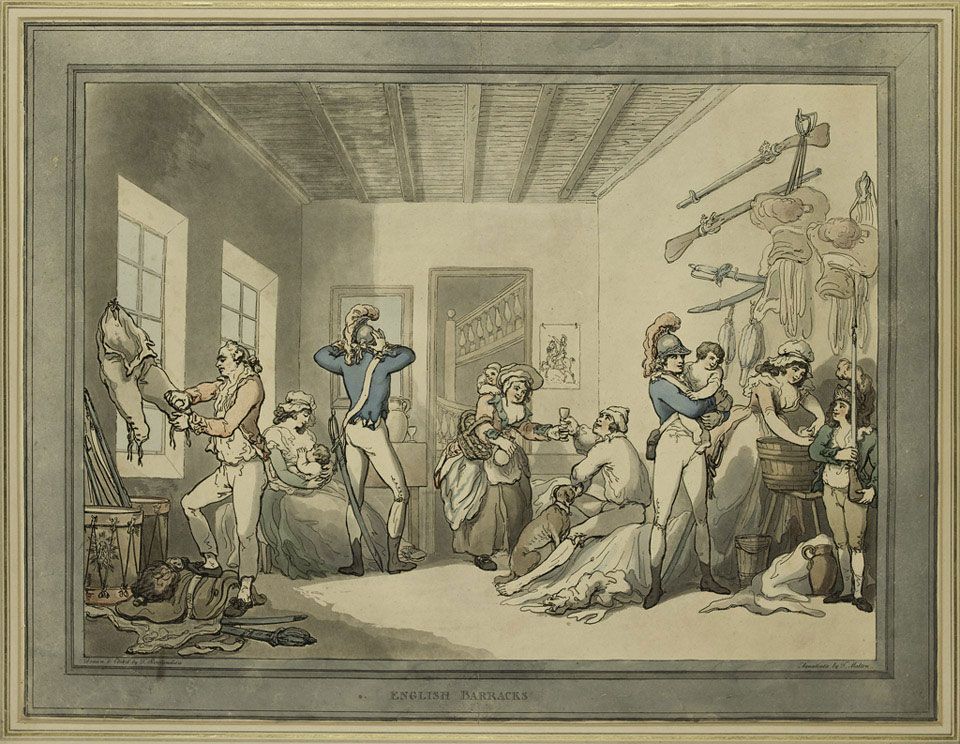 Soldiers throughout history had a well regulated, disciplined existence with a tight-knit group of comrades that they could co-miserate with, and when the opportunity arose, even enjoy themselves outside of the typical military environs. Bonds were built among soldiers and units due to the stress they underwent in tough, realistic training scenarios or actual combat. These bonds allowed individuals to trust each other and discuss openly their fears, hopes and problems in addition to the daily small talk any folks would have when spending extended amounts of time around people.

Returning from war, a Soldier could expect to have familiar faces surrounding him. The same men who had undergone the crucible of war next to him, would now be back in the barracks or camp life, with shared experiences and a common bond. Some may not have returned home, fallen in combat, and others may have received promotions or been sent to other units, but the general corps of fighting soldiers still existed and the shared bonds between them meant discourse could be free and open among trusted friends.

Likewise, the daily regimented schedule meant Soldiers had the comfort of a known schedule and known tasks along with familiar standards and enforcement. War is a messy business, and after a long campaign, there’s loot to inventory, weapons to clean, trucks to repair, and bodies to rehab. Maybe the Platoon Sergeant had mercy on a few of the short timers and didn’t PT them too hard or put them on the more ridiculous details. Some Soldiers, experienced in the ways of the Army, dodged a few details and spent afternoons with their buddies, shirking duties and letting the new guys clean up the latrine. Non-Commissioned Officers, knowing the value of the combat veterans in their ranks, still enforced the “Army Standard”, but had an eye toward the new guys and not the known commodities who performed under fire. At the end of their tour of duty, whether it was 2 or 20 years, they were given an Honorable Discharge and sent on their way, back to a community familiar with the war and happy to receive one of their sons back home alive.

Life wasn’t rosy or romantic though. War was and still remains a messy business. Soldiers and veterans would slip through the cracks, some ending up homeless and forgotten. Regardless, veterans still had a support system of fellows who had been through similar experiences and communities that were willing to accept them back into the fold. A retired Roman Legionnaire works his land plot, a returning WWII veteran works his Union Job…

Issues arise when Soldiers are disconnected from the comforts of military discipline and the camaraderie of barracks life. A toxic leader can alienate subordinate leaders from enforcing discipline, or an incompetent leader can allow the breakdown of order altogether. Without a “buy in” from subordinate leaders and lower enlisted, Military Discipline is never embraced and Soldiers buck the standards, creating an “us vs them” mentality in a unit. Ideally, a unit would have Soldiers that grumble, bitch and moan about some of the more absurd and difficult tasks presented to them, but still respect their leaders and fear the threat of punishment.

Barracks Life isolation can be even more dangerous; Soldiers without any friends who aren’t close to anyone in their unit are at much more risk for suicide, drug use and other nasty stuff. Breaking a unit up and dispersing Soldiers throughout a larger organization creates pockets of “new guys” that might not be entirely welcome. Or, segregating by geographic area or other factors can isolate new recruits to a unit. Really, this is a simple concept to understand: If you have a unit with a bunch of close knit folks in it, and three or four outcasts that no one likes, their life is going to be difficult. Mix in alcohol, heavy weapons and stress and it is a recipe for disaster for the individual.

Being connected to the disciplined life and the social life of the military meant that veterans would always have a few resources they could rely on, from initial entry, combat and retirement; their close friends were always there to lend a hand or act as a sounding board, and the ability to perform work under stressful situations, to a standard in a timely fashion meant they had cultivated skills necessary for success in the civilian world. When a Soldier is disconnected from any of these two areas of military life, they run the risk for all sorts of hardships and failures. When they are pressed too heavily in one area they might reject the foolish tasks and over the top discipline, or if they are caught up in the social aspects, forget that the Army isn’t a social club and receive a few shocks to the system when they are training or fighting.

Everyone wants to find a new and improved solution, but sometimes they are internally built apparatuses that already exist and take advantage of organic developments. No OPSEC can rival the power of the gossip network of a few privates, and no “Soldier For Life” program can help a Soldier out the way a few vested friends from the war can. While it is good that we are always seeking to improve, there are intuitive actions one can take as a Soldier and Leader to ensure that their boys are ready for whatever may come down the road.

One thought on “Military Discipline, Barracks Life and Soldiering”